An interesting article about McDonalds

Two brothers Richard and Maurice McDonalds came to California in
the beginning of the Great Depression, look for work in Hollywood. At first
set the scenery on the studio, then saved some money and
opened a diner. Their McDonalds Brothers Burger Bar Drive-in with
Hotdogs turned out to be very profitable. But by the end of the 40s brothers
tired of hiring new waitresses, all the time changing jobs,
looking for good chefs to buy plates that buyers
constantly pounded. McDonald’s closed their shop, but after 3
of the month reopened. 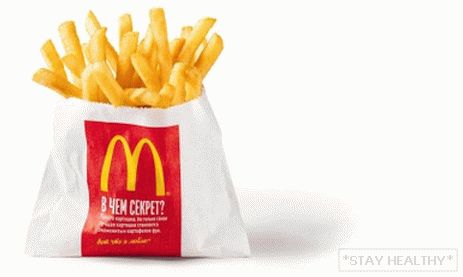 In the new diner, everything was different; set huge
grills, threw two-thirds of the items from the menu, leaving only what
do not eat with a knife and fork. Replaced porcelain paper.
They were the first to apply the conveyor principle in the kitchen: one
the worker was frying the chops, another was putting them in a loaf.  By
of all this, hamburgers have become twice cheaper, and buyers are not
it was a rebound.

Soon the newspapers wrote: “Finally, working families can
feed their kids in a restaurant. ” Layman Richard himself
came up with a cafe design. To make it visible from afar, he set
on the roof are two golden arches, illuminated by neon. Thus was born one of
most recognizable logos of our time.

Talented helped the brothers to cover the whole America with their network
businessman Ray Kroc. The McDonald brothers very quickly agreed to
Krok’s offer – to sell franchises to anyone who wants to open a new one.
Cafe. At first, the right to open McDonalds cost $ 950.
Today is 500,000.

More than half of all employees of the fast-food chain do not even have
years old. They work for a very small fee, performing the simplest
operations. In 1958, the first instruction appeared at “Mack” at 75
pages, detailing the order of all actions on
food preparation and ways to communicate with customers. Today in such
The book already has 750 pages, and it is called the McDonald’s Bible.
A typical worker leaves the cafe after 4 months. Among
workers are many teenagers from poor families and immigrants, especially
from Latin America who only know the name in English
dishes on the menu. Low salary and lack of labor protection
replaced by the creation of a “team spirit” among young workers. Of managers
�McDonald’s is taught how to properly praise subordinates and
create the illusion of their indispensability. After all, it is cheaper than raising
salary.

The videotapes recorded in fast food in Los Angeles can be seen as
teenagers sneeze in food, lick their fingers, pick their nose, stew
cigarettes about products, drop them on the floor. In May 2000, the three
teenagers from Burger King in New York were arrested for
about 8 months spat and urinate in the dishes. In the mixers live
cockroaches, and mice climb at night on those left to defrost
hamburgers. It is known that many fast food workers are not
eat in their own cafe, until they themselves prepare a portion.

Idaho’s informal motto: “We have good potatoes and
nothing else!”. Back in the 20s in this land with warm days,
cool nights and light volcanic soils developed
huge potato industry. Americans at the time ate potatoes
boiled, baked or mashed, but gradually the love of french fries,
the recipe of which in 1802 was brought from France by President Jefferson,
spread all over the place. Successful Potato Farmer JR
Simplot always knew where to direct his business. Soon his chemists
created a technology of fast freezing. Simplot started trading
frozen slices in 1953 To his surprise, at first he did not
could find enough buyers. At the same time for Ray Krok from
Mcdonalds potato was a headache she took away a bunch
time for cooking. Then Krok decided to buy a frozen
Simplot potatoes to save time and money. Sharp
price reduction increased popularity: they began to consume potatoes
almost 8 times more. Simplot has become one of the most
wealthy people of america and the largest landowner. This
elderly multi-billionaire walks in a cowboy hat and goes for a ride
Lincoln with the number “Mr. Spud “-” Mr. Potato “.

Modern potato plant – the triumph of progress. Potatoes
sorted automatically, washed, steam dried, so that
the skin falls off. Then automatically cut, and cameras from different
parties are looking for defects in tubers and knocking out such potatoes
Steam to carefully cut off in a special compartment
plot. Sliced ​​potatoes are dipped in huge vats of boiling water.
butter, it is fried to light crunch, frozen, sorted with
using a computer, a special centrifuge is placed in one
direction, pack and take to the restaurant.

Everyone likes the taste of McDonald’s potatoes. He used to be dependent
solely from the fat in which it was fried. For decades, it was
a mixture of 7% cottonseed oil and 93% beef tallow. In 1990, people
turned on cholesterol, and in fast-foods they switched to 100%
vegetable oil. But the taste had to be left the same! Fast food
born in the Eisenhower era, fascinated by technology at times
slogans “Improve life chemistry” and “Atom – our friend.” Recipes
potatoes and hamburgers should be sought not in cookbooks, but in
works “Technology of the food industry” and “Food Engineering”.
Almost all products come to the cafe already frozen,
canned or dried, and the kitchens of these cafes become
the last instance in a series of complex industrial process. That
what we eat there over the past 40 years has changed more than in
previous 40000. And the taste and smell of hamburgers, etc. done on
huge chemical plants. About 90% of all products we
buy, pre-processed. But the conservation and
Frost kill the natural taste of food. Because the last 50 years
we, neither fast food could not live without chemical plants.
The taste industry is classified. Leading American companies for
that neither the exact formulas of their product, nor the names of the main ones
customers. To the visitors of a fast food cafe thought that he had
excellent cuisine and talented chefs.

Eccentric Japanese billionaire Den Fujita dragged
�”McDonalds” in their country with the words: “If we eat
hamburgers and potatoes for a thousand years, we will be taller, our skin
turns white, and from brunettes we will turn into blondes ”. In fact
both the Japanese and all other McDonald’s customers in just a few
years turn into fat people. 54 million Americans suffer
obese, 6 million super-nerves – they are overweight by 45
kg No nation in history has grown fat so quickly. And portions
fast food do not stop growing. Soda consumption increased by 4
times If in the 50s a typical order of cola was 230 g, now
�“Child” portion – 340 g, and adult – 900. People are addicted to fat and
sugar. Obesity is the second cause of death in the United States after smoking.
Every year 28 thousand people die from it. 2 times increased
the level of obesity in the British, who most of all Europeans love
fast food. In Japan, with their sea and vegetable diet thick before
almost was not – today they have become like everyone else. Fast foodы обвиняют в том,
that there are no informative labels on the risk of obesity on their products.
A group of fat people in New York recently sued the network for fast
food because they “deliberately impose on people harmful
food. “

In the most famous network of fast food in Russia, workers can work
not having a medical book for up to 3 months. Fast foodы испытывают всё
greater shortage of labor. Of the 5 new “McDonald’s” each
year 4 open outside the US In Beijing, the first lines in
�McDonald’s in 1992 consisted of thousands of people. In Kuwait in 1994
line of cars in the car, “McDonald’s” stretched for 11 km. The first
Moscow “McDonalds” at the beginning of the work was the most profitable in
Eastern Europe. In the summer of 2003, the first coffee shop opened in Moscow
Starbucks network. Today in Moscow – 71 fast food chains. AT
Yaroslavl has two McDonalds restaurants. ATо ATладимире есть
�”Mr. Hamburger”. AT Новосибирске есть сети «Нью-Йорк пицца»,
�”Allegro-food” and “Once upon a time.” AT Ульяновске – «Макдональдс»,
�Rostik’s, Russian Bistro. AT Екатеринбурге в год появляется до
100 new fast food outlets, although there is not a single McDonald’s,
Tver – “Rostiks”, “McDonalds”, “Chicken House”. The world plunges into
fast food.