Of all the celebrities who have tried macrobiotics, the most
large-scale advertising of this diet made the singer Madonna.

In 2001, she was so inspired by the ideas of the macrobiotic
teachings that hired a famous macrobiotic expert Mayumi
Nishimura as his personal chef. 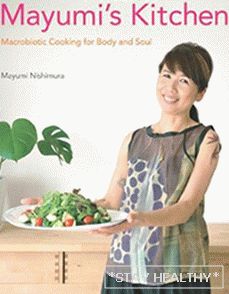 Mayumi Nishimura lived for seven years in the house of Madonna, fed the singer and her
the family of the right macrobiotic dishes accompanied Madonna
while touring, even on the road, providing proper nutrition,
supporting the harmony of mind and body.

Shrugging, Mayumi released a collection of macrobiotic
Mayumi’s Kitchen: Macrobiotic Cooking for
Body and Soul “), introductory word to which Madonna wrote
personally: “I’m glad you decided to publish this book. It’s all mine
favorite recipes. … I am happy that people all over the world can now
apply your unique approach to macrobiotic nutrition. ” 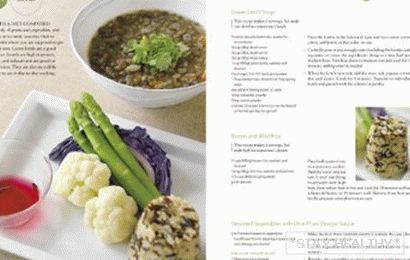 The book is sold on Amazon for $ 20 dollars, there is a delivery to
Russia The book begins with a review of new products for the reader and
menu 10-day detox diet, after which you can start to fully
eat according to the principles of macrobiotic teaching.

According to macrobiotics, our health is physical and spiritual.
directly depends on the balance of two energies – yin and yang. Food can
change this relationship, and thereby either heal us or
lead to disease.

All products in macrobiotics are divided into yin and yang, and maintenance
the balance between them becomes decisive for harmonizing
state of mind and body.

What foods are there?

Most of these products are now available, much can
order online. However, trying on the macrobiotic
diet, you should pay attention to one important point.

Macrobiotics emphasizes the importance of
local consumption for your region
food. Therefore, if you live in Russia, then your
microbiotic diet may differ from what is offered
Japanese cook.

50% of the ration will still be whole grain cereals,
however, it will not be quinoa and hato muji, but what is traditionally
growing with us.

It has long been grown in Russia four main crops – rye,
buckwheat, barley and oats. In the south, they also sowed wheat and millet. But
rice and corn appeared on our table relatively recently, and
therefore, they cannot be recommended, at least on an ongoing basis.
basis.

Previously, whole rye grain of wax ripeness was prepared as
called “green” porridge, which was a real delicacy for
the rich. Rye sprouts – an excellent dietary product, rich
source of vegetable proteins and vitamins.

From barley you can make two delicious cereals – barley and
barley. The first is better in many ways – higher
fiber content, protein and vitamins, fewer calories.

Honored fourth place is rightly oatmeal or
oatmeal. Not only the British, how can you not remember the immortal
�“Porridge, sir?” But our ancestors loved and appreciated this dish for that
strength and energy that it gave.

All cereals are recommended to be consumed in the morning, when
It’s better not to boil them, but to steam them for the night.

Do not forget also about the amazing properties of seedlings. They
will help provide your body with almost the entire complex
vitamins and trace elements.

A huge role in the macrobiotic diet is assigned to vegetables. In disgrace
only a family of nightshade (potatoes, eggplant, chilli
Peppers, tomatoes, etc.), which is recommended to avoid.

Separately in Macrobiotics emphasizes the importance of consuming
vegetables for the season. Therefore, with the arrival of spring, gradually expand
ration of green salads, vegetable stews and soups on their
basis.

Protein nature foods (legumes, nuts, fish) are better.
use in the afternoon – two or three times a week. Special
there are no restrictions, just try to give preference
local species.

For example, walnuts, hazelnuts and pine nuts are much better than their
overseas counterparts (cashews, pecans, macadamia). Sea fish
healthier river, and grilled or steamed –
preferably baked or fried.

It is highly recommended to use sea salt,
rich in iodine and other trace elements. Desserts (pies, cookies,
cakes) can only healthy people and no more than two or three times a
a week

Put a half of the mixture in a thick baking sheet.
Top with fruit jam and pour the rest of the oatmeal mixture.
Bake for 25 minutes. Before cutting into candy bars,
let the dessert cool.

Many doctors do not recommend macrobiotic nutrition to children and
pregnant women. For safety reasons, it is regularly, at least
Once a month, check the levels of vitamins and trace elements in the blood.
First of all – vitamin B12 and serum iron.