An abundance of fresh fruits and vegetables in the markets and supermarkets for a long time
ceased to be a wonder for the Russians. However, provide similar
diversity is only possible with special
chemical preparations. In Europe and America, their use
has become an integral part of agricultural production
products. And what about the situation in our country? 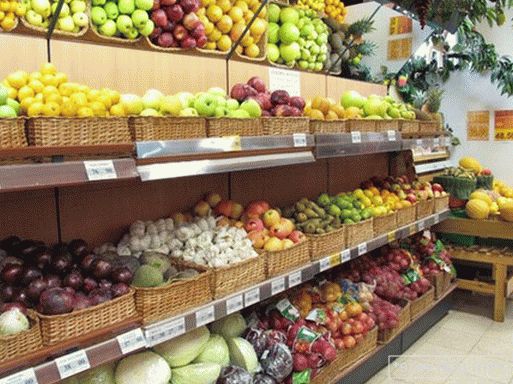 The word “pesticides” in Latin means “I kill the infection”,
and the drug itself has become a real salvation for the world agrarian
industry. Its use has allowed many times to reduce the death of the crop,
that had to be most welcome due to the rapid growth of economies
a number of developed countries. However, later, when scientists established
the relationship between the use of pesticides and the occurrence of a number
severe diseases from world agricultural exporters
products have a new headache – how to convince the consumer in
the safety of your products?

Today in the US, products are checked for one hundred different types.
pesticides, in the European Union – fifty-seven varieties.
According to the results of the inspection, manufacturers are given special
certificates. But in our market tests are not carried out at all – unless
that when a suspicion arises, and even then only by four
pesticide. Only one lab is engaged in this analysis.
Moscow

According to the assurances of specialists Rospotrebnadzor, the point is not
lack of funds or qualified personnel – just such
Problems in the Russian market does not exist. As a justification
such thesis advances the thesis of the high cost of modern
pesticide preparations – our manufacturer simply doesn’t
because they are not used everywhere. Lyudmila
Volkhonskaya, the head of the technical training department of the Rospotrebnadzor of Moscow, said:
units of such products find us – no more than 1%, and only one
the percentage is on nitrate products. Over the past year – no
one poisoning “chemistry”.

A much greater danger, according to experts, for
of consumers is bacteriological contamination
domestic fruits and vegetables. Our manufacturers use
natural fertilizers – simply put, manure. Frequent absence
any kind of sanitization after harvest – ideal
conditions for eggs of worms and pathogens of hepatitis “A”. First place
according to the degree of danger is strawberry, the berries of which
are close to the ground and because of its uneven surface
are a great haven for this kind of infection. The most
Apples, pears and cherries were called safe – everything that grows on
trees.

How to protect yourself from risk? The answer to genius is simple –
wash, wash and wash again. And hopefully domestic
manufacturers will not soon spoil the polls of their products
�”Chemistry”.