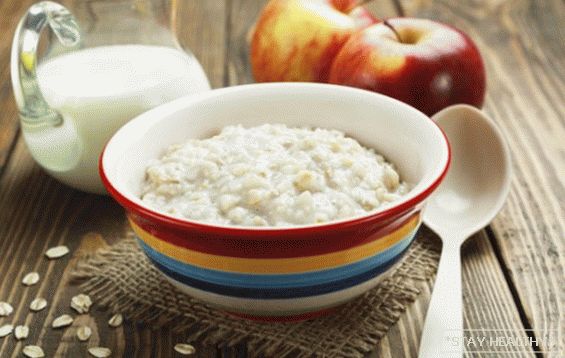 Milk porridge is a great start to the day, but not always.
Sometimes it just does not work, quickly thickens, bitters or just
not tasty. It would seem that there is nothing difficult to prepare,
technology is simple, not a lot of ingredients, but somewhere is hiding
mistake.

Our grandmothers made porridge with milk, and sometimes they used
cream. They shot tops, supposedly so delicious. All is good but
nothing to do with the right technology. According to the rules,
milk is always diluted with water, and from this the taste of porridge is only better.
The proportions for dilution are 1: 1, and sometimes 1: 2, here you can
focus only on your taste. But you need to add water strictly
according to the rules.

How to dilute with water:

Sugar is added to porridge by all people, but for some reason people forget about salt.
But it is she who gives saturation, removes “emptiness”. No
sugar, jam or honey will not replace a pinch of salt. She happens to be
a kind of flavor enhancer. Only unlike harmful
glutamate and other chemical additives, it is in a small amount
even good for health.

When to add salt? Usually they do it at the very beginning
as soon as the liquid boils.

If you want to cook porridge faster, then you can salt in
mid-cooking or near the end. Add time is wrong
important, the main thing is not to forget.

Why is milk porridge bitter?

Quite often, unpleasant bitterness appears in the milk porridge.
The cause is always in the croup. But each species has its own
features One grain can taste bitter from old age, she has approached
end of shelf life or storage rules are violated. Another grass
just requires proper preparation. Before cooking the grits need
sure to smell and touch, perhaps there are traces on it
mold, moisture.

Sometimes bitterness in porridge does not appear because of the grits, but cream
butter or milk. Manufacturers are often cunning, add
antibiotics and other ingredients that when heated or
souring gives a bad taste. Be vigilant, read the compositions,
choose quality products.

Why is milk porridge slimy

Usually milk porridge viscous consistency, not liquid, but not
thick. But sometimes they are slimy, reminiscent of jelly,
unappetizing look. Why it happens? Most often due to
large amounts of flour or starch.

Therefore, rice and millet should be well washed with cold
water to transparency.

What to do with oatmeal? No need to use leftovers for porridge
from the can or package, which mainly consist of small
particles and oatmeal. It is advisable to mix with cereal or
use the remaining dust for baking. Instead of cereal from crushed
cereal get slimy jelly, it is not tasty.

Why is milk porridge too thick or thin?

You can cook porridge “by eye”, but in this case it is not necessary
hope each time for the same result. Even so simple
the dish requires respect for proportions. For each cereal has its own
the amount of fluid, whether it is water, milk, or a mixture of them. Exist
standards that are desirable to adhere to. 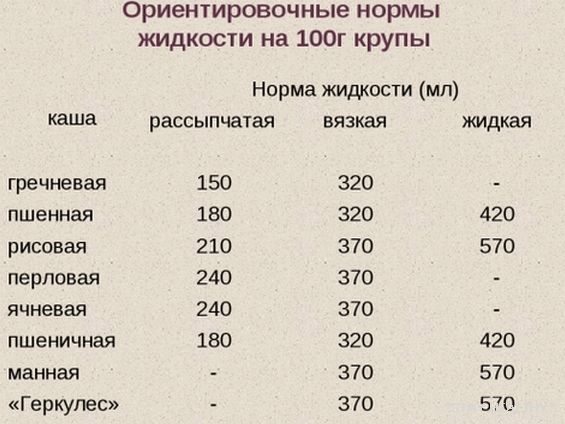 Any porridge thickens during infusion and cooling. it’s the same
need to consider. If you do not plan to use it immediately after
cooking, the amount of cereal can be reduced by 20% or
increase the amount of milk.

Why in milk porridge lumps

Very often, children do not like porridge because of lumps. What to sin
adults don’t like them either. Lumps appear not only in
semolina, but also in corn, even oatmeal and rice can stick together,
sometimes millet sticks together. The only croup which nothing
threatens – it’s buckwheat. But in milk it is not boiled, but only
diluted.

Why in the mess lumps:

By the way, if you add butter to milk before
croup, lumps are not formed. Yes, and porridge with him much
tastier.

It is advisable to have a special bowl for porridge, in which others
dishes are not prepared. In an enameled saucepan, milk is always
burns. It also sticks to the bottom if it is made of thin
metal. You can cook porridge in an aluminum pan, but she
unreliable. Over time, the surface becomes porous, into it
Milk eats, porridge still sticks, will burn. therefore
It is recommended to use a stainless steel.

Why else porridge burns:

According to the rules, кастрюлю нужно ополоснуть холодной водой,
only then add milk or water to it. And never clean
inside abrasive powders, metal floats. If something
burned, then you need to pour water, add a little soda, boil
and wash with a soft sponge for dishes.