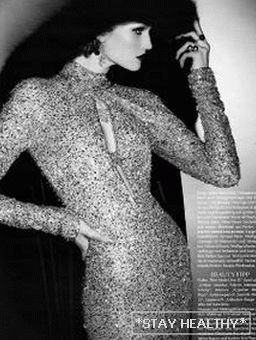 Than
famous for the beautiful and majestic Chicago? Huge winds
the lake and, of course, the gangsters.

If we consider this the third most populous city
USA through the prism of fashion, you can see that a lot will disappear, and
the word will remain. Yes, there is such a thing in the fashion world as style
Chicago. This is a very interesting mixture of images and directions. None
however, they can be attributed to the retro style, because women’s clothing in
Chicago style is an echo of the fashion of the 20s – 30s
twentieth century.

Yes, yes, this is exactly what you imagined: maxi dresses or
low-waist midi, cap-bell, fur and inexhaustible
elegance. So, take a closer look at the more traditional
Chicago style clothes and its modernized version.

Initially, in the 20s of the last century, fashionable women flaunted in
long dresses that at least cover the middle
ankles

The waist in such dresses “went down” almost on the hips (imagine
yourself modern jeans with a very low waist and then you will understand
where should be the line of “joints” of the bodice and skirt). Silhouette
was cylindrical, and modern taste might seem
artificially and pretentiously elongated. But then fashion was of a different kind,
so judge the style of chicago in clothes, based on modern
ideals, yet not worth it. Fabrics for dresses chose flowing,
shiny and noble, such as silk and satin, velvet or
chiffon.

Beads, fringe, stones, and embroidery were used as decoration. 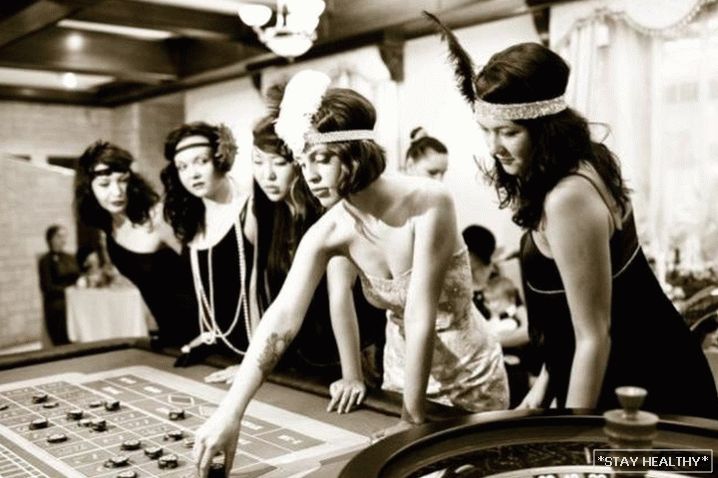 Later Chicago is both more revealing and big dresses.
�”Freedom” of the body. Long sleeves were replaced by short backs
bared deep cuts, the skirts of dresses went up to the knee, and
waist dresses almost took its rightful place. Along with the long
short dresses were a mandatory attribute of women’s wardrobe.
This is a bit later to share the length of the evening and day. And at that
Chicago time did not have such clear limits. 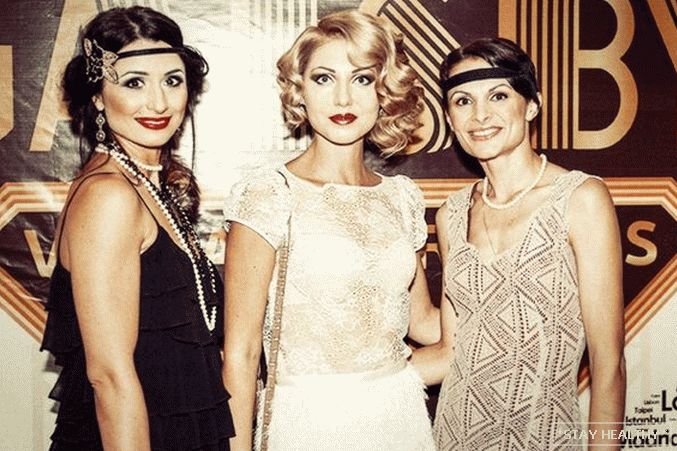 For women’s clothing in Chicago style is very characteristic abundance
accessories. Since the cut and color of the dress was very minimalist
and reserved, fashionable women expressed their attitude to fashion through
all sorts of decorations and additions to the main ensemble.

Bags-envelopes clamped under the arm and waving a long thread
pearls, clinkers on the sidewalks and bridge shoes on
heels, glasses, holding a mouthpiece with a cigarette. Furs
(capes and boas), as well as boa went beyond the secular
salons and theaters and “looked out” on the streets, becoming a daily
accessory even for day dress. 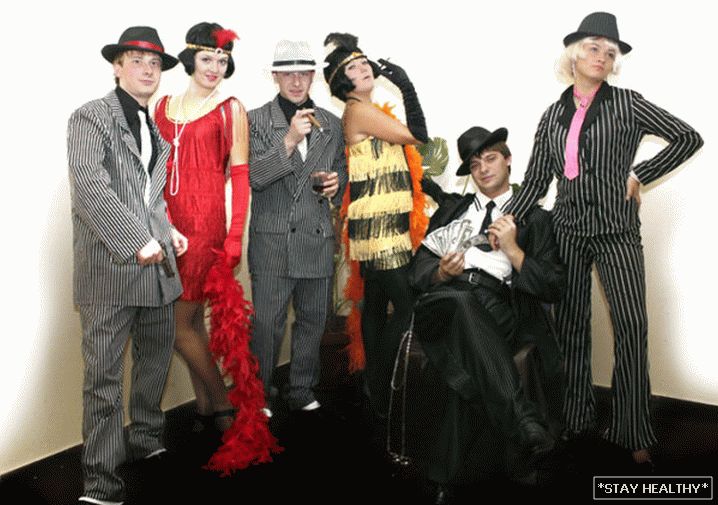 For the original version of the style of Chicago in the clothes no cap
was unacceptable. But later with the “discovery” of the style of the dress,
exposed and charming hairstyle charovnits. Instead of a hat it was fashionable
wear a headband with or without a fluffy feather. When the length of the dresses
became frivolous, women put on their legs in silk (who was
richer) and nylon (for less wealthy beauties) stockings.
Underwear has become less noticeable under elegant dresses, and
the thoughts of men began to sweep into the distance much faster and bolder :).

A rather small variety of Chicago style diluted bright and bold
makeup. Thick eyes and dark lipstick accentuated any
a pretty face and gave its owner the image of a fatal
beauty, capable of shattering to break men’s hearts with the same
the ease with which she carried the dishes in a fit of anger. 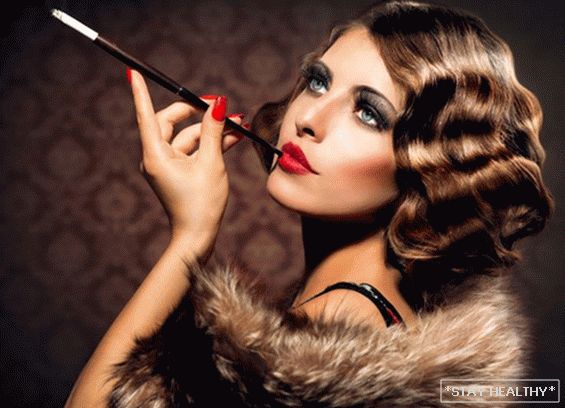 The modern look of Chicago is the so-called heroin chic,
which allows much more than they could ever imagine
women of those far twenties. Unchanged, perhaps, remain
nostalgic restraint, strict and refined elegance and
shy femininity.