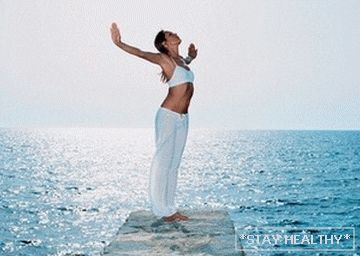 And when tragedy happened: a talented opera singer
of the twentieth century, unexpectedly at the peak of glory, lost the most precious
– voice, she did not give up.

In a “duet” with her mother, Alexandra Severovna, who is still
in the 30s-40s of the last century began to develop exercises
breathing exercises for asthma, Alexandra Nikolaevna
continued to develop this knowledge.

As a result, the mother and daughter created a unique breathing exercises
which not only restored singing voices, but also provided
healing action for a variety of ailments: diseases
respiratory and cardiovascular systems (including
vascular dystonia), neurosis, skin diseases, stuttering,
sexual disorders in both women and men, as well as
smoking, obesity and problems with the gastrointestinal tract.

What is the essence of breathing techniques for Strelnikova?

Only in 1973, respiratory
Strelnikova system, later called paradox. AT
Unlike conventional breathing exercises, where special attention
given to the duration of the breath and expiration, this available and
a simple method is based on a forced, powerful breath through the nose, and
exhalation remains passive, performed in any form.

Moreover, therapeutic exercises Strelnikova categorically
prohibits trapping air or pushing it out of the lungs when
exhale!

At the same time powerful, active breath combined with dynamic compression
chest during movement, which creates additional
oxygen supply to the body’s tissues and contributes to its
recovery. Due to the inverse consistency of breathing and movement
there is a stimulation of the development of muscles associated with the process
breathing.

The effect of such actions can be felt after 10-15
minutes! Breathing is easier, there is lightness in the body, it feels
a surge of energy, increases vitality and performance, noticeably
improves mood.

Despite the high efficacy and popularity of respiratory
Strelnikova gymnastics in our country and abroad, it is still
has some contraindications:

Answer yes to the question: is the respiratory system suitable for
Strelnikova for you, it is possible after detailed consultation with
by the attending physician.

There have been phenomenal cases where this technique, performed in
sparing mode, facilitated the state even in bedridden patients! 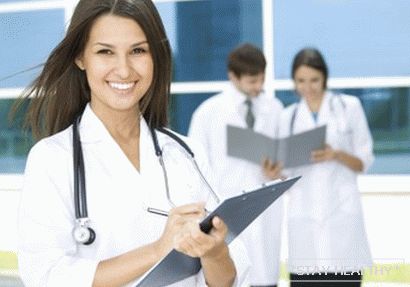 Before first mastering gymnastics exercises
Strelnikova, you must remember a few basic rules:

1. Beginners should learn to noisy, active breath when
the wings of the nose involuntarily pressed against the septum. Powerful
energetic inhale should be akin to clapping hands. So sharply people
usually smell to the smell of burning when screaming: “Fire!”

2. ATыдох же, по убеждению Стре�”ьниковой, до�”жен быть п�”авным,
naturally, removing air from the mouth. With this exhale
should be arbitrary, without any effort. Striving actively
exhale can lead not only to a failure of the respiratory rhythm, but also
hypersensitivity to the lungs.

3. Exercises to restore the correct
breathing, you must perform under the bill. So will
correctly made all the elements of technology, and this will help eliminate
glitches in rhythm.

4. The maximum effect of exercise is achieved in the rhythm of marching
steps. With regular workouts you can reach the top when
each element of the lesson will be performed in less than a second.

5. ATыпо�”няемое движение и вдох – это единый «штрих�” дыхате�”ьной
gymnastics on Strelnikova. They need to be done at the same time, but
by no means alternately. It does not matter if the patient
stand, sit or lie down. It depends on his condition and degree.
severity of the disease. 6. The number of repetitions of any exercise should
divide by 4. This is not only the musical size with which
easy to calculate the load for a series of exercises, but also half
eight – it will be used from the second lesson
Strelnikova breathing technique. On the 4th day is the number
will increase to 16, and further – to 24 and 32. The rhythm, composed of
odd values ​​(for example, 3 or 5), according to numerous
followers of this unique gymnastics, requires certain
skills and considerable physical endurance.

7. Between the series of executed elements of paradox
breathing exercises need to arrange no more than 10 seconds
pause for rest. The schedule of classes, in this case, will be
look like this:

8. In addition to rhythm, it is very important to maintain good spirits and good
mood when doing these exercises. In this way you can
achieve the best effect in improving the body and losing weight,
if it is the goal.

Healthy people breathing exercises Strelnikova for
slimming offers all the exercises start doing with
intensity of 12 sets of 8 breaths, but every 4
approach to rest for a 10-30 second pause.

After 30 days of training, the rest breaks can be smoothly reduced.
up to 3-5 seconds provided you feel well (mild fatigue and
dizziness may occur due to a temporary glut
brain oxygen, but this state is normal should quickly
disappear).

Over time, the body will get used to the loads and the abundance of oxygen,
it will be easier for you to reach the desired size. And after that you can
leave a half-hour (or in emergency cases, a 15-minute) lesson
per day to strengthen the immune system and stabilize the weight. 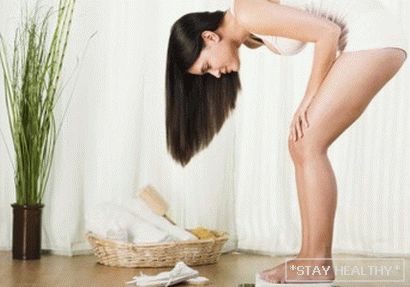 ATсе упражнения гимнастики Стре�”ьниковой в самом нача�”е де�”ать не
need to. Even the basic complex of 12 training episodes
it is necessary to divide, having mastered the first three classes, to add
every day one more to the full complex.

Ii. �”Chasers”. I.p. (starting position): stand up straight, legs –
shoulder width apart The shoulders should be relaxed, and the head should be raised. Arms
clench into fists and put them on waist level. Inhale sharply
throw your hands down, open your fists and spread your fingers. �”Shoulder straps”
– the muscles of the shoulders, forearms and hands should be tested at this moment
voltage. The first series – 8 breaths with a 3-4 second pause.
Total number – 12 episodes.

IIi. �”Pump or” pumping “. I.p., как в упр. No. 2 (you can feet
put wider shoulders), lower shoulders themselves, and stretch your arms along
torso. Slowly bend, pump in hand or crumpled
paper, sharply and noisily breathing. Then exhale slowly. Series
consists of 8 breaths, bends, exhalations, and exercise – from 12 series.
Between them, you need to make a 3-second pause.

We add the following exercises one by one:

Iv. �”Cat”. I.p., как в упр. No. 2, but we already put the legs on the shoulders (on
thigh width). Shoulders relax, arms down
torso. On a sharp inhale, sit shallowly while turning
body to the right. In this case, arms bend in elbows, and fingers
squeeze into cams. ATыдыхая, возвращаемся в I.p., а затем повторяем
exercise mirror (with a turn to the left). Total number – 12
series of 8 squats, breaths in each direction.

V. “Embrace your shoulders.” I.p., как в упр. № 2. Arms согнуть в
elbows and lift to shoulder level so that the left hand is over
right elbow, and the right hand – over the left. Then abruptly, together
With a breath, hug yourself without crossing your arms or hands. One of the brushes
hugs the shoulder, the other – the armpit. ATыдох мед�”енный при возвращении в
I.p. The session consists of 8 breaths, the total number of approaches
(sessions) – 12. VI. �”Big Pendulum”. Exercise, which includes
2 previous, and at first we carry out the movement from exercise
�”Pump”, then, without interrupting, we rise and continue to move from
Exercise “Embrace your shoulders.” From the outside this exercise
reminds movement of a pendulum. ATыпо�”нять его нужно сто�”ько же,
how much and the previous one, exhalations occur naturally after
breaths, without any tension.

VIIi. �”Ears”. I.p. – the main thing. ATыпо�”няем покачивания го�”овой:
to the right – we get the right shoulder, to the left – the left, making noisy breaths
nose with every move. Shoulders do not lift, neck and body not
strain. Reminds “tumbler dog”: “Ay-ah-ah!” Number movements,
pauses and sessions, as in the previous exercises.

To the final exercises from the basic cycle: “Pendulum
head “,” Roll “and” Steps “can move when fully
mastered the most simple first 8.

Respiratory gymnastics A.N. Strelnikova shown as a method
prevention and treatment (if there are no contraindications) to most
people, including even pregnant women and children (controlled by
doctor).

As a method of treatment: it is performed twice a day on an empty stomach or through
an hour and a half after any meal.

As a way of prevention: in the morning for vitality and strength
immunity or in the evenings to get rid of the accumulated
fatigue. 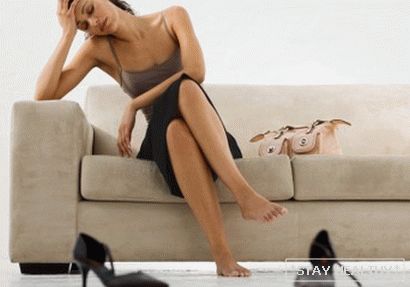 Respiratory gymnastics according to the Strelnikova method: reviews
experienced

AT связи с бо�”ьшой попу�”ярностью этой техники прави�”ьного дыхания
on the Internet and among ordinary readers brochures can be found
a variety of opinions about the results of classes:

Maxim warns that you need to pay special attention to
противопоказания к �”юбой из техник breathing. Customized
features of each organism are different. And mindless following
advertising can become dangerous! Self appointment fashion
procedures, however useful they may be, can cause harm
your nature.

However, on the advice of doctors, starting with small dosage
loads, you can go to more intense and get the maximum
benefit from saturation of the body cells with oxygen.

Sergey: “… Somehow I came across a brochure describing the breathing technique
on Strelnikova. There was no Internet in the country yet. Made sure
the effectiveness of this gym very soon, but it is a pity that laziness is not
gives me to practice regularly. Rescues breathing exercises
when “squeezes”. And even for that, she thanks a lot! �”

Fitness
For those who dream to lose weight, cardio exercises are the best and proven
Leave a Reply Cancel reply
Recent Posts
Categories
Recent Comments
Archives
This site uses cookies to store data. By continuing to use the site, you consent to work with these files.